Sicilian tenerumi soup is a first course of popular tradition, typical of the summer. It is a soup with buds and tender leaves of the Sicilian long squash, the so-called tinnirumi, the tomato a picchio pacchio (sauteed with garlic), basil and cheese (caciocavallo cheese into chunks or salted ricotta).

The preferred type of pasta is broken spaghetti, although in many recipes is used the broken margherita. Tenerumi, broad fan-shaped leaves with a dark green color and a velvety texture, treated in other places as waste, are the protagonists of a unique recipe, unknown elsewhere but always on Sicilian tables. A dish of peasant origin present in many areas of the island in different versions, depending on the more or less abundant broth, the addition of squash, of cheese etc. This recipe is hard to find outside Sicily because closely related to the presence in the territory of a specific squash, the Lagenaria longissima, also called snake or pergola squash (the diversity of names comes from the type of cultivation: being a climbing variety, it can be left on the ground, and then it will roll up on itself like a snake, or placed near some supports that will make it grow in length). Unlike other cucurbitaceae, introduced in Sicily and in Europe after the discovery of America, there are evidences of the presence and the food use of the Lagenaria longissima since the Phoenicians times, about 7000 years ago: native to tropical Asia, today it is considered an autochthonous Sicilian species. The cucuzza longa, as it is called in dialect, is common in the home vegetable gardens and is grown mainly to use tenerumi, whose time of harvesting goes from June to September. Despite being a broth soup, sicilian tenerumi soup is considered a refreshing and purifying preparation, useful against the summer heat. Although it may seem a contradiction, it is established that in presence of high temperatures it is recommended to consume warm and not cold liquids, because, thanks to the increase in body temperature, with sweating, we release heat. Sicilian tenerumi soapis a real speciality, a dish where the exaltation of the raw material reaches very high levels. In fact, it is proposed, often with fish, in contemporary gastronomy and it is no coincidence that Heinz Beck, three Michelin stars chef, considers the one made by his mother-in-law of Palermo origin “the best dish of tradition”, “full of true flavors” 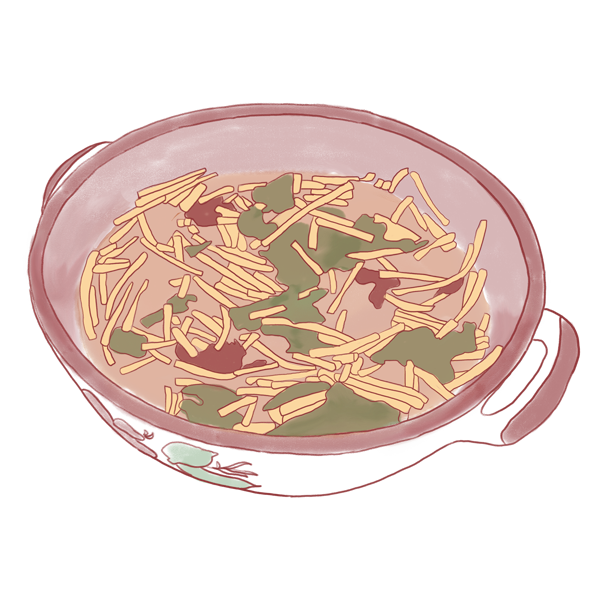 Wash the tenerumi with plenty of water. Choose the green and velvety leaves, cut them into strips and boil in salted water for 5-10 minutes. Meanwhile prepare the tomato “a picchio pacchio”: brown the garlic in a pan with oil, add chopped tomato and salt. Cook on a low heat for about 15 minutes, until the sauce is reduced. Once the tenerumi are cooked, add the tomato and put the broken spaghetti (the water should not be excessive as the final result will be a soupy pasta with vegetables). Adjust for salt and when cooked add chunks of caciocavallo cheese.